What is a Council?

A Council is a body/group of people elected to manage the affairs of a town/borough/area. Our School Council is made up of children elected by their peers to become representatives from each class from Years 3 to 6.

What is a constituency?

Who are the constituents?

What is a Councillor?

A Councillor is a person on the council who has been elected to represent their constituency and it’s constituents. The Councillors are the representatives from each class. They aim to represent the views of pupils and to help to contribute towards suggesting/making improvements to the school environment.

In the Spring term, Safe and Sound, Dudley’s Community Safety Partnership and Dudley Grid for Learning, hosted a debate around the theme of ‘Together for a better internet’ as part of Safer Internet Day 2019. Our School Council representatives were invited to take part.

In preparation for this visit we talked about debates, considering the views of both sides, putting forward clear and concise opinions, voting.

We went along to the Council House and into the Council Chamber to take part in activities covering subjects which included apps, online games, internet enabled devices and acronyms. There were also discussions around how much time children spend online.

The finale was the debate itself. Our debate team were given the ‘no’ motion on ‘Does spending too much time online affect how I feel?’

The debate was a formal process where both teams debated well with thought out opinions and points of view. Within the arena of the Council Chamber the debate was then opened to the audience to ask questions of either team.

At the end of the debate the audience were asked to vote. Children used the Council Chamber voting system to record their votes which were projected onto screens as the vote took place.

The morning was a great success and a wonderful opportunity for our School Councillors to visit the Council Chamber where our local authority councillors meet and vote on various topics.

The children represented the school with enthusiasm and keenness. Their mature attitude towards the debate was admirable.

During this term we have welcomed new class representatives to the School Council.  Existing councillors talked to the new representatives about some of the terminology that is used and have continued to support them.

Councillors voted for the positions of Leader (Chair), Deputy (Vice-chair), Secretary and Treasurer and individuals were elected to these posts. 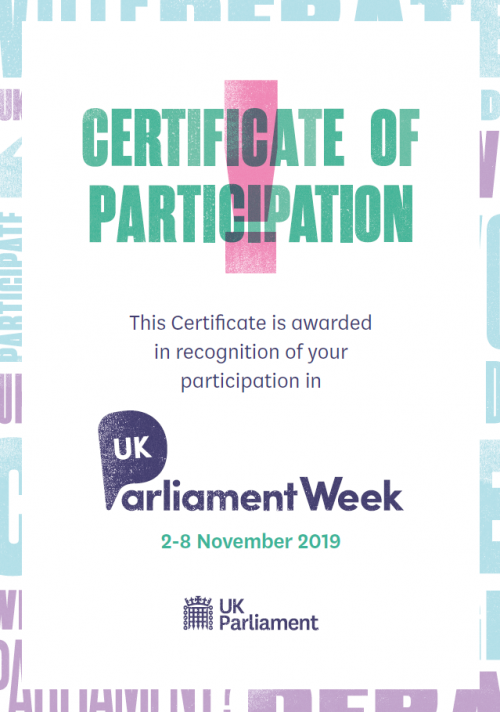 We have produced our School Council values which link with the school values of ambition, belief, compassion, pride and respect. 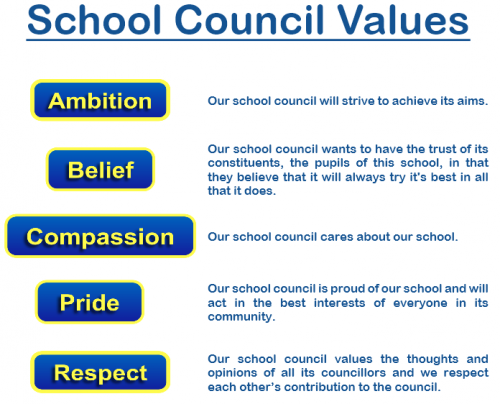